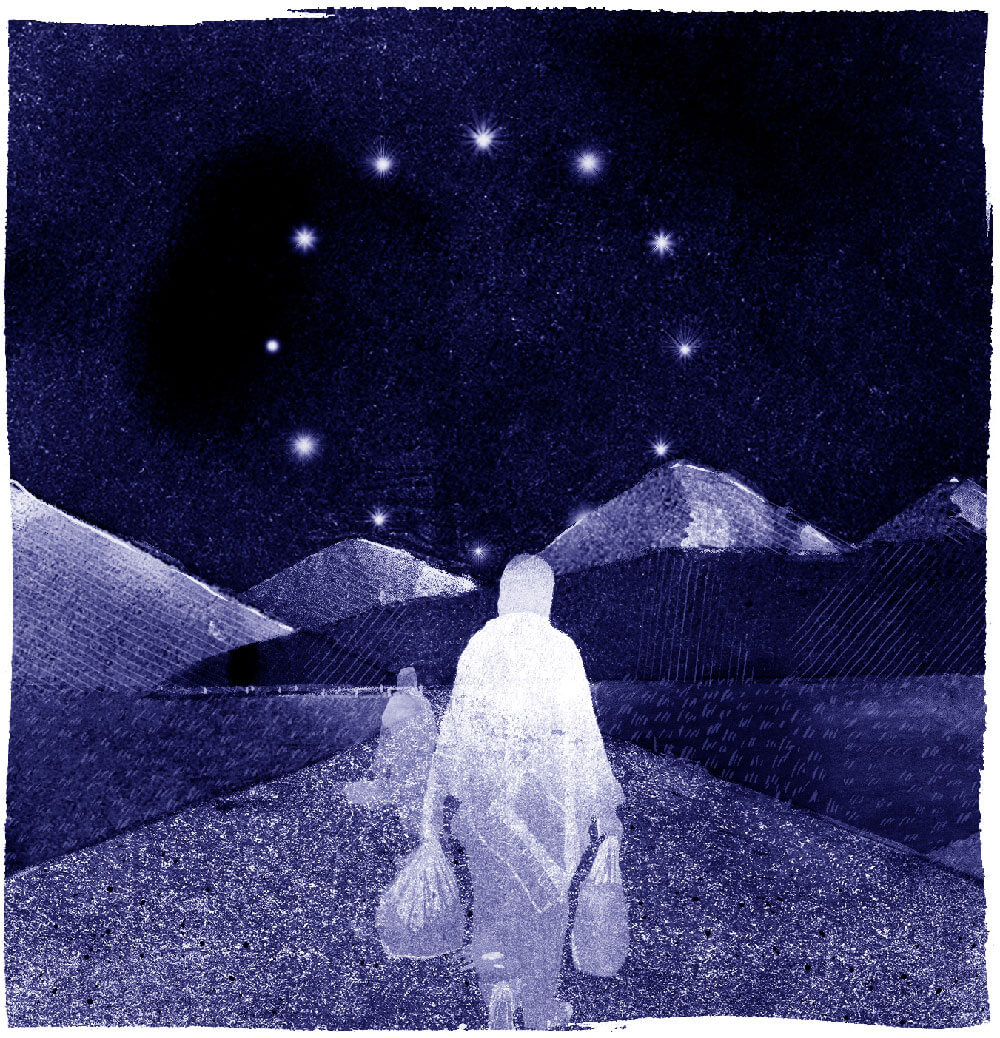 Roads are a good starting point for telling stories, and Mathijs Deen used them as a device to recount the history of Europe from prehistoric times until today in his book Over oude wegen (On old roads).

After the horrors of WWII, a network of E-roads across Europe was laid out of “idealism”: a subsequent war had to be prevented by economic integration – connecting roads was a mean to that purpose. Hinting at the contemporary situation, Deen observes that refugees existed since the beginning of time. He highlights how at some point in history some ancestors of ours must have been refugees of some kind too.

While I was working on this piece, by accident the figures of the travellers started looking more like ghosts than actual people. I kept it that way, not only to remember the past, but, like Deen, the present.

This year, 2019, more than a 1000 people died in the Mediterranean already trying to reach Europe (numbers from Missing Migrants).