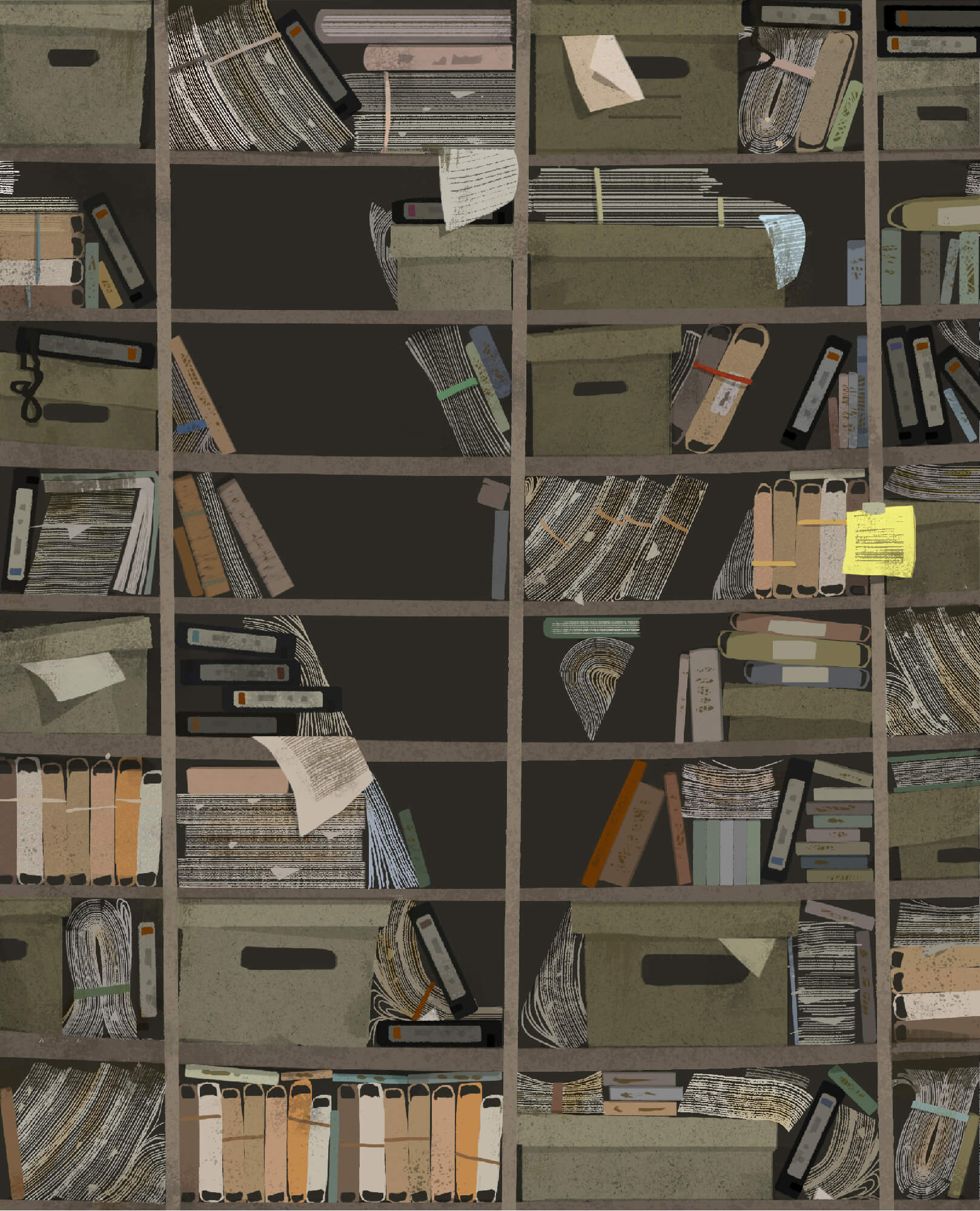 During the ’80s in The Netherlands an organization called Martijn openly “advocated the societal acceptance of pedophilia and legalization of sexual relationships between adults and children”. Seems surreal? One of the members hoards in his house an archive of all the material the club accumulated through the years, before being eventually ruled illegal in 2014.

This is the cover illustration I made for this story, always featuring a big V interacting with the illustration.