Heidegger in the ditch 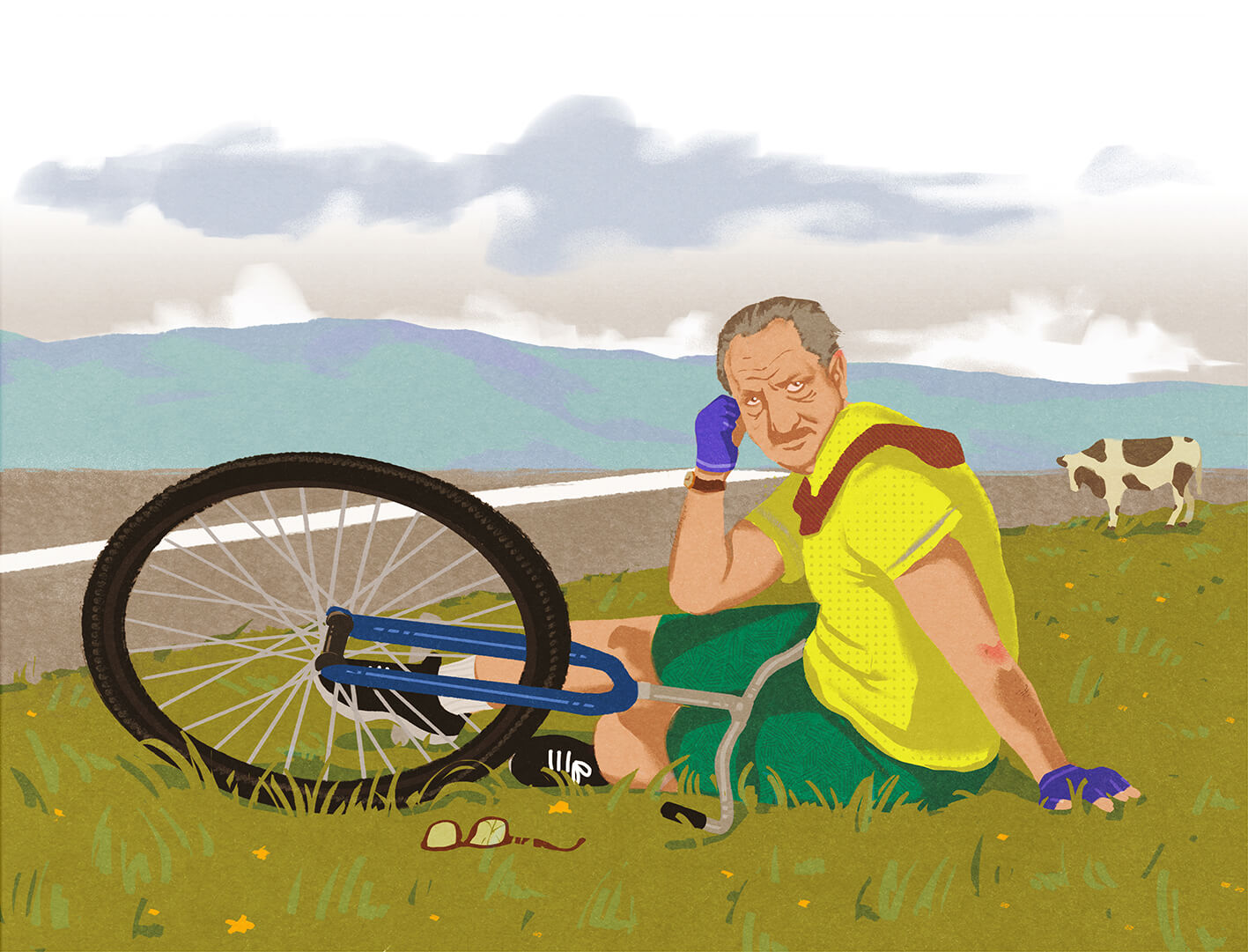 Guillaume Martin imagines a bike race between ancient and contemporary philosophers in his book “Socrates on a Bike”.

Martin Heidegger is quickly thrown in a ditch however after his moral fall, on the ground of (both puns included) joining the Nazi Party in 1933 until its dismantling at the end of World War II.