In the name of her majesty 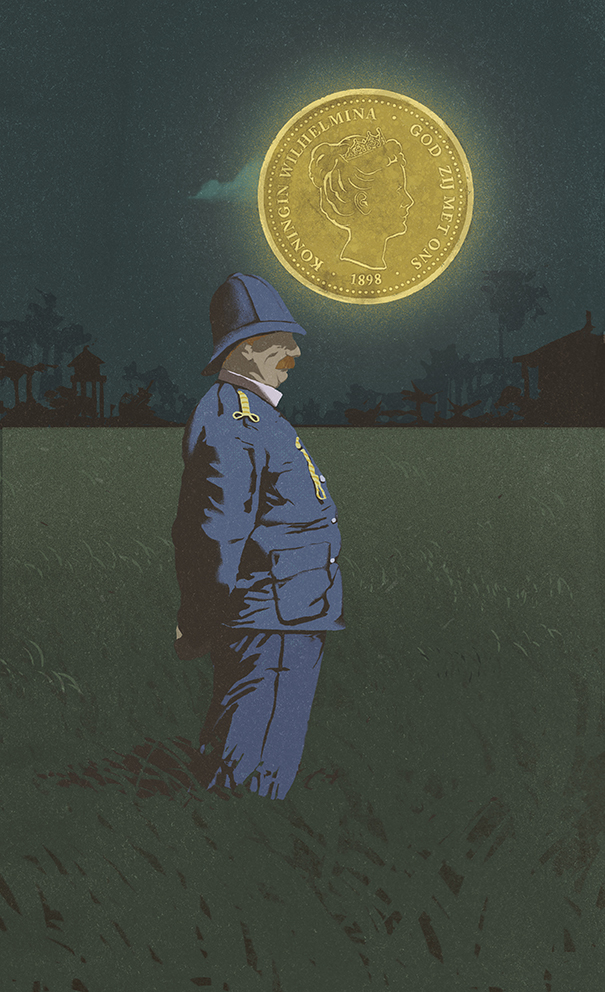 First hailed as a national hero, van heutsz is now more commonly recognized as a war criminal who conducted one of the cruelest campaign in the dutch colonial history in Aceh (now Indonesia). Under his orders, thousands of people were tortured, raped, robbed, sentenced to years of hard labor, and slaughtered, to break the 30 years of local resistance.

It is extremely appropriate that his recent bio by Vilan van de Loo was titled “in the name of her majesty” (Uit Naam van de Majesteit), because “evil” is rarely only one individual, but rather “evil” is the system that enables; van heutsz, although a deranged subject, was representing the dutch kingdom (queendom?)with every single decision he made as a military man.

Once back from Indonesia, he got his family and himself a nice big house in the centre of Amsterdam, and got involved in all kinds of businesses like the foundation of the Tropen museum, and helping the women suffrage movement in The Netherlands (let that one sink in❗). In perfect coherence with the father, his son joined the SS as a Dutch volunteer during WWII.